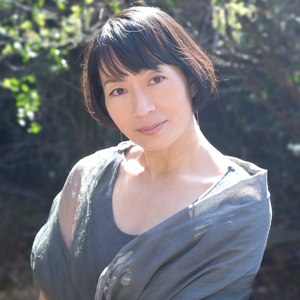 Yae : Singer and Songwriter
Born in Tokyo.  Second daughter of late Mr. Toshio Fujimot and Singer Tokiko Kato.
She made her debut as a singer in 2001.

Yae’s song “It’s like an unknown flower” took the first place on world category of iTunes since broadcasted as the cheering song supported by Japan Committee for UNICEF for the Great East Japan earthquake , and the theme song of TBS (one of the Japanese TV station) 60th memorial program.

She has been delivering messages since she was appointed to an ambassador of  Iitate village Fukushima prefecture in 2011, and an ambassador of a nature-conservation movement of Ministry of the Environment in 2018.

Now, she has a slow living life with music, agriculture and her family, a husband and 3 children, at Nature Kingdom Kamogawa in Kamogawa city Chiba prefecture. Yae appears on TV and Radio programs “Shibuya Radio” and “Kansai Radio”, as a musician and Radio personality.